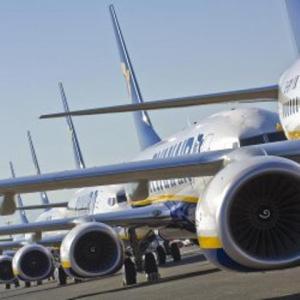 A radical change in pilot training philosophy is being implemented in Europe over the next four years, overseen by the European Aviation Safety Agency (EASA).

A few airlines and approved training organisations (ATO) are ahead of the curve, but most are struggling to keep up.

The present systems for airline pilot training and recruitment have been under scrutiny for many years, and for good reason: they were designed for an earlier era.

Despite the scrutiny, however, nothing much has changed. But it is about to.

When airline accidents happen these days it is the result – more often than not – of a mistake or misjudgement by a person. Often by the pilot. But airline pilots are the product of the system that trained them and the airline that conducted an assessment before hiring them.

The fact that a new pilot has passed the existing exams and flying tests to win a commercial pilot licence (CPL) means he or she can be legally hired by an airline, but it does not mean he or she is a good pilot. It just demonstrates that a minimum legal standard was achieve on the days the tests were taken.

EASA puts figures on the relationship between pilots and accidents: “An analysis of fatal aircraft accidents worldwide for the period 2010–2011 shows that in more than 50% of these accidents the actions of the flight crew were the primary causal factor. This analysis shows that flight crew handling skills were a factor in 14% of the accidents, whereas flight crew non-technical skills were a factor in more than twice as many (32%).” Non-technical skills, basically, are knowledge, understanding and problem-solving.

Since 2011 the fatal accident rate has slightly decreased, but human factors causality in the accidents that occurred is as strong as it was in the earlier EASA study results.

During training for the commercial pilot licence and instrument rating (CPL/IR), some pilots pass the theory exam with the minimum score in the multiple-choice exam questions, and marginally pass the flying test – perhaps on the third attempt – but at a time of pilot shortages the temptation to hire anyone with a licence will inevitably increase.

Everyone in the industry knows this, but solving the problem will entail a cash investment in additional training. Few people – whether self-financing cadets or sponsoring airlines – are prepared to pay. It is easy to argue that accident rates are low, the attrition rates are therefore acceptable, and accidents happen to other people, so there is a temptation to do nothing.

In Europe the option to do nothing is evaporating. In January this year EASA triggered its plan for phasing in a total change in pilot training philosophy over four years, and by 31 January 2022 “at the latest” all airline training departments and ATOs in EASA countries must have implemented the changes. By that date, successful pilots will be graduating with their theoretical knowledge tested against a completely updated question bank.

The training philosophy changes entail moving away from “silo learning and testing” toward competency-based training, and from rote learning toward scenario-based teaching that confers understanding, not just factual knowledge. A new EASA concentration on “Knowledge, Skills and Attitudes” (KSA) embodies this philosophy change, the reference to “Attitude” indicating the need to select students for their approach to the learning process, which may speak volumes about their personal suitability for the job.

EASA observes: “Current teaching and learning tools are not sufficiently developed to encourage future pilots to use analytic and synthetic thinking or to challenge student pilots to enhance their decision-making skills, their problem-solving ability, and their level of understanding of assimilated knowledge.”

These are massive attitudinal changes. The preparation for them has been set up at ICAO level, but the practical changes EASA is overseeing have been driven, above all, by changes that have their origin in Ryanair’s training department. That airline’s head of training, Capt Andy O’Shea, also chairs EASA’s Aircrew Training Policy Group (ATPG), which has been working with the agency, the airlines and the training industry for several years now, and it has driven the changes now in the pipeline.

Now the largest European carrier by most measures, and still growing rapidly, Ryanair has a voracious appetite for new pilots, and became aware some years ago that there were problems obtaining the high quality crew they insisted upon. O’Shea revealed publicly that more than 50% of pilots who applied for Ryanair jobs were simply not good enough, whether ab-initio trained or even with airline experience. EasyJet has since confirmed it has had a similar recruiting experience.

A few years ago, despite this failure rate, Ryanair could still find enough good pilots among the applicants to meet its needs, but this is no longer true. It couldn’t wait for EASA and the industry to come up with solutions, so it set up its own in-house enhanced training schemes at entry for newly licensed pilots, simply because the raw CPL/IR product was not good enough, and even many of those who had added a standard multi-crew cooperation and jet orientation course (MCC/JOC) to their CPL/IR were not proving ready for a Ryanair Boeing 737 type rating course.

The result of Ryanair’s experience has been the evolution of a course – approved at EASA via the ATPG – called the Airline Pilot Standard MCC. O’Shea describes it as an enhanced MCC/JOC which takes in the KSA philosophy, and consolidates knowledge, skills and understanding through scenario-based learning. It adds about 20h to the training pilots get but, says O’Shea, a successful APS graduate is more or less guaranteed to pass the 737 type rating, and become a quality line pilot.

In the last few days Ryanair has gone further, and set up a mentored cadetship programme, working with Cork, Ireland-based Atlantic Fight Training Academy, which will produce 450 Ryanair-ready copilots over the next five years.

O’Shea says Ryanair will be announcing more such alliances with European ATOs soon, driven by the need for large numbers of new flight-deck-ready pilots.

Meanwhile back on the line, Ryanair the employer is having to change too. It is evolving from the rabidly anti-union carrier it has traditionally been, into a company that recognises retention is as important as recruitment. Pilot and cabin crew union recognition is gradually being set up. This is not taking place without some hitches, but it looks as if they will get there in the end.